The Gates Foundation Trust has millions invested in for-profit prisons, and Bill Gates will not respond to community pressure to divest. On March 7, Enlace, Presente.org, and 25 other immigrant rights, criminal justice, and social justice organizations sent Bill Gates a letter demanding divestment from the unethical and inhumane GEO Group, whose immigrant detention facilities are notorious for prisoner abuses and waste of taxpayer dollars. Join us for a press conference of community organizations and Gates grantees who demand divestment by Gates from private prisons. Investors like the Gates Foundation Trust finance prisons companies that lobby for taxpayer money to pay for brutal immigration enforcement policies that fill private prisons with undeserving people who should be free to support their families. The Gates Foundation Trust is located less than 35 miles from GEO Group’s now-notorious immigrant detention center in Tacoma, where courageous detainees have been on hunger strike for over a month to protest the horrible conditions at the facility and deportations. The Gates Foundation Trust is financing exploitative labor conditions, inadequate food, and understaffing that occur at the Tacoma facility and other GEO Group facilities, as well as the anti-immigrant policies that lead detainees to languish there for months. 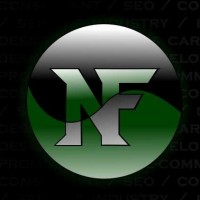 Rasha Visions Films doesn't accept corporate money and we don't shy away from confronting the root cause of the school-to-prison pipeline. Can you help us sustain our work with a tax-deductible donation?

Advertise on our Podcast!

We use cookies on our website to give you the most relevant experience by remembering your preferences and repeat visits. By clicking “Accept”, you consent to the use of ALL the cookies.
Cookie settingsACCEPT
Manage consent

This website uses cookies to improve your experience while you navigate through the website. Out of these, the cookies that are categorized as necessary are stored on your browser as they are essential for the working of basic functionalities of the website. We also use third-party cookies that help us analyze and understand how you use this website. These cookies will be stored in your browser only with your consent. You also have the option to opt-out of these cookies. But opting out of some of these cookies may affect your browsing experience.
Necessary Always Enabled

Any cookies that may not be particularly necessary for the website to function and is used specifically to collect user personal data via analytics, ads, other embedded contents are termed as non-necessary cookies. It is mandatory to procure user consent prior to running these cookies on your website.